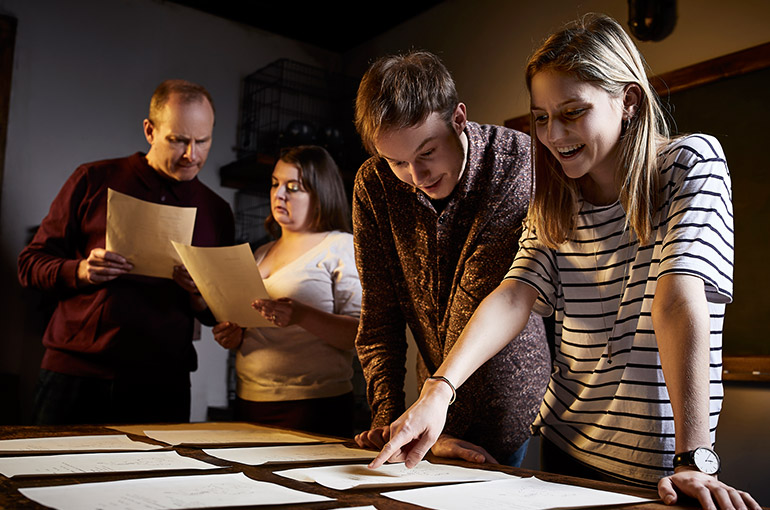 The Gold Coast showcases several natural attractions. There is the beautiful Broadwater as well as the family and surf beaches of Surfers Paradise. If you love the cool green rainforest, there is the Gold Coast hinterland. But if you want something different, there are several theme parks and family attractions close to our Harbour Side Gold Coast Broadwater apartments.

How does an adrenaline-pumping brain activity sound?

Have you tried playing the room escape game? Yes, you can play it on your smartphone but isn't it better to be in an actual room to find the objects and solve the puzzles yourself or with friends? This place offers different, but nonetheless thrilling escape room experiences.

It is called the Escape Hunt Experience, the Gold Coast's first unique real life escape-room game. They currently have four rooms. Each of this room is carefully designed and features a different scenario. So pay attention to small details because it will help you in solving puzzles and cracking codes.

Take note, you need to solve and escape before your time runs out. Also, each room is suitable for up to 5 players at a time.

Just a tip. Choosing the room is very important. If you’re new at this, you might want to choose the beginner room and that is the “A Timely Escape” room. The scenario is you are wrongfully convicted of murder and is thrown in prison. While behind bars, innocent prisoners are vanishing one by one. You have 60 minutes to breakout, investigate and find evidence to clear your name.

But if you’ve been playing room escape games and think you can manage, Escape Hunt has two intermediate rooms.

Are you interested in the ancient practice that’s shrouded in mystery and secrecy? Then you’ll love “The Rising Alchemist”. There are rumours that a young rogue alchemist possesses the powerful Philosopher’s Stone. You have 60 minutes to break into his lair, find out his evil plan and the evidence that he has the Philosopher's Stone.

Do you prefer solving a mysterious death? Then Murder in the Cellar is for you. A prominent Gold Coast Hinterland vineyard owner was murdered on his property. It’s up to you to solve the mystery before the press finds out about his death.

Want a more challenging scenario? Then go for the advance room called "The Lost Weapon". You have 60 minutes to solve the strange cryptic messages that keeps on appearing in James Ricker’s house. Not only that, but you also have to solve his mysterious death and find the murder weapon.

Are you up for any of these challenges? Then go experience Escape Hunt by visiting their Gold Coast branch in 2/162 Scarborough Street, Southport which is just a few minutes from our Southport Broadwater Accommodation.

Start planning your next Gold Coast break and book your stay at Harbour Side Resort today! We offer apartments suitable for solo travellers, couples and groups. Just choose among our bright and spacious studio, basic one bedroom, standard one bedroom and two bedroom apartments.