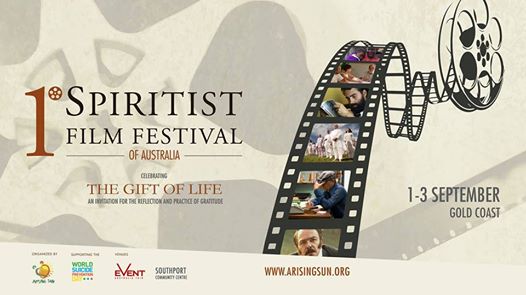 The Gift of Life is the Spiritist Film Festival theme and has being chosen to support the World Suicide Prevention Day campaign, which also takes place in September. The Gift of Life is an invitation for the reflection and practice of gratitude, including topics such as the importance of mental and spiritual awareness in the transformation process to achieve inner peace, topics that play an important role in the process of ‘Valuing Life’. The films and seminars will address this important matter in the community.

The very first SFF – Spiritist Film Festival of Australia, will be hosted by the Event Cinemas Australia Fair and the Southport Community Centre, in the Gold Coast, on the 1st through to the 3rd of September 2017.

So if you would like to know the Spiritist perspective about suicide and how to support people around you, come to the festival and give life a chance!