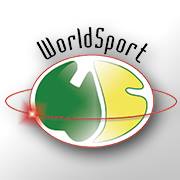 If you’d like to witness spectacular acrobatic splits, flick-shots, amazing one-hand passing, slick cross-court plays and young athletes full of energy, then the Gold Coast Netball Carnival is the perfect event for you to see them all.

On 5-12 July, the most brilliant young athletes from all over Australia as well as other parts of the globe will be heading over the Gold Coast and display their agility and athletic prowess for this year’s Gold Coast Netball Carnival. To be staged at the Southport Carrara Netball Association, this will be the perfect opportunity to watch the world’s best of the best netball players compete for a competitive yet friendly match.

Find out who will be awarded with the much sought-after Spirit Award, which will be based on a vote by all participants from schools and clubs, as well as referees and organisers. It will also be exciting to find out who will claim this year’s Barbarian Award, which is appointed to one player of every team.

Not only will you enjoy the excitement of the game but you’ll also get to experience the fun and beauty of Gold Coast’s sun, surf and sand.

One of the most awaited youth sporting events in Australia, the Gold Coast Netball Carnival, will soon be happening again and this time, expect a bigger and more exciting challenge as more participants are expected to join in.

Before the competition, make a wise choice of which Gold Coast Broadwater Accommodation to stay in. You can choose Harbourside Resort in Southport where it is only a short disrance to the venue of Gold Coast Netball Carnival.

Secure your reservation as early as now by booking on our website: http://harboursideresort.etourism.net.au/